A scrapbooking bug hit me yesterday so last night I grabbed out a bunch of photos I'd taken last year of the kids getting stuck into some cooking and put this simple layout together.  Just cardstock, photos, and a touch of ribbon. 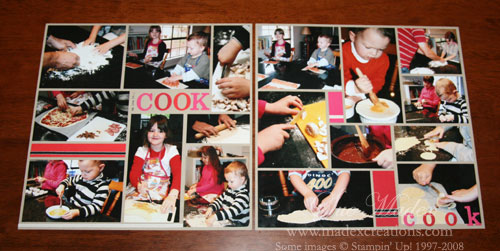 Here's a closer look at the left side.  I had a tiny gap at the bottom where one lot of photos was a touch shorter than the ones on the right of the page so I used our new very narrow taffeta to square the bottom up, and popped some more here and there to coordinate ... 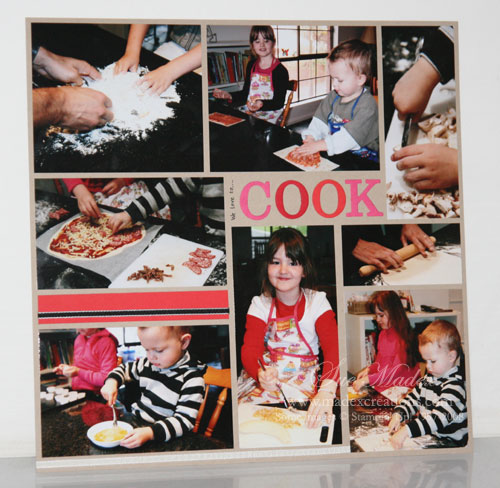 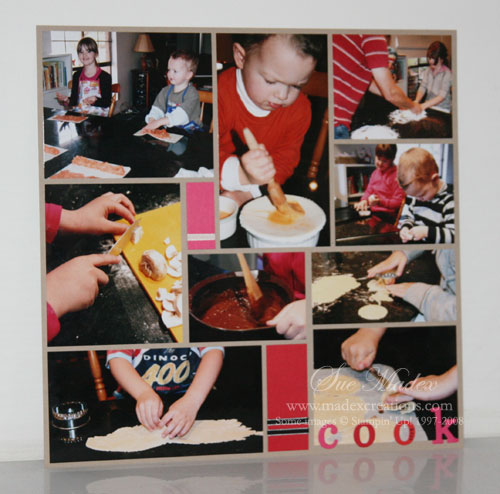 I love the look of concentration on Jack's face in that shot where he's brushing the pie with egg.

This layout was a bit like doing a jigsaw.  I trimmed down the photos to feature certain portions, then arranged and rearranged until it worked on the 12" Kraft (oops Crumb Cake) base.  I popped some scraps of cardstock into the gaps, picking out some colours from the photos - Poppy Parade, Real Red and Melon Mambo.

My Big Shot and Timeless Type alphabet die came in handy for making a coordinating title.  Love this alphabet.  Was a bit of an investment but I've used it a lot so quite worth it I think.  Decided the photos spoke for themselves really so no written journalling on this one apart from the title "We love to COOK." 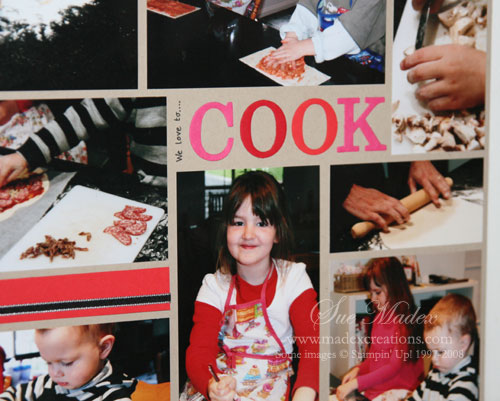 I popped the date on the right hand subtitle - just the year since the photos were a mix taken over last year.  Can you see the '2009' jotted in there on the 'o'? 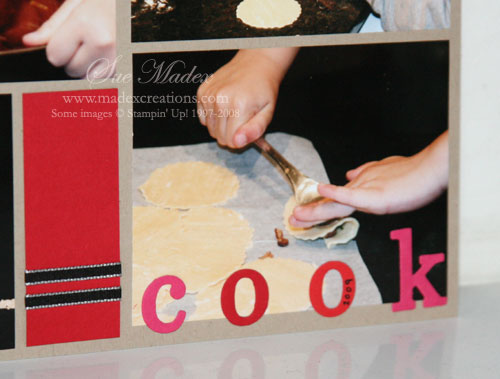 We've been watching Junior Masterchef quite avidly in our house, so quite a timely layout!

Off to Harvey Norman in a tic to pick up another great batch of photos from the last 6 months, so hopefully a bit more scrapbooking for me in the next few months.  I've missed it with all the busy busy of the last few months.  Time to get back into it.  I always feel happy when I've recorded some of those funny little everyday snippets of life.  Such a satisfying hobby.

Gorgeous layouts Sue - wonderful memories captured. I love how you included so many photos in different sizes and shapes.

Fabulous to see you scrapbooking again Sue and I couldn't agree more about getting the memories down on paper. You have done a fab job getting all these pictures down on your page. I love it!

What a great layout Sue... i love how you despite there being a lot of photos, they dont look cramped and each one has 'room to breath' if that makes sense? The photos take me back to my days sitting on telephone books at yiayia's(grandma's)table helping to prepare meals .. i'm so grateful now to have learnt how to cook all those yummy things!

Love this layout, Sue - such great memories to capture of your beautiful kids. I love the little touches, with the ribbon and the date.

Looks like a fun cooking session. Love the photos you have captured and love the layouts.

Putting an egg glaze on a pie is a very important job ... hence the look -good on you Jck. Love that you have filled the page with so many photos ... brilliant layout and great to see you scrapbooking again

Fantastic! Love the way you've fit in so many photos without it looking cluttered.

love your page Sue, and WOW Hannah looks like you in the middle of the left page.

Was a bit surprised at how well Jack used a knife but now I see why. Lot's of practice. Lot's of fun too. They will be the Junior Masterchef's one of these days.

Great layout, you are so lucky to have such wonderful little helpers in the kitchen

That is brilliant! I love all the pics of the kids - SO cute! Jack is adorable with that mask of concentration on. Fantastic Sue!

This is only a preview. Your comment has not yet been posted.

The letters and numbers you entered did not match the image. Please try again.

As a final step before posting your comment, enter the letters and numbers you see in the image below. This prevents automated programs from posting comments.

Having trouble reading this image? View an alternate.

(Name and email address are required. Email address will not be displayed with the comment.) 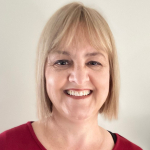 My name is Sue Madex and I love to share papercrafting tips and inspiration to help you make your own beautiful cards at home. Send a handmade card to those special people in your life. Need some craft items? You can shop for Stampin' Up® craft supplies right here. 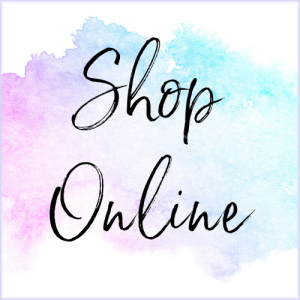 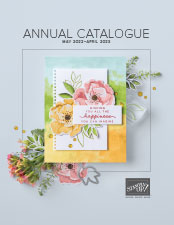 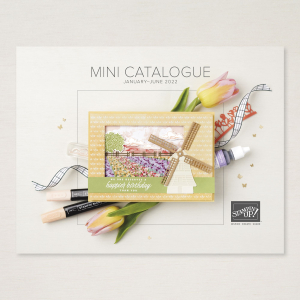 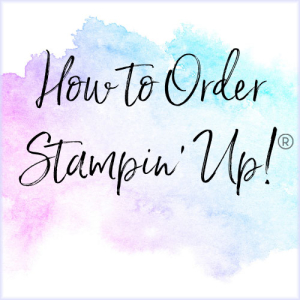 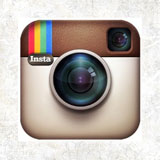 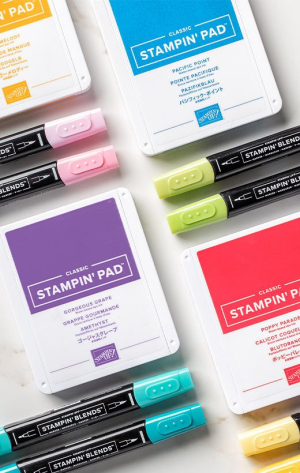 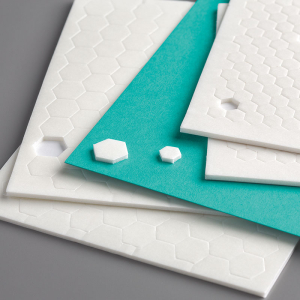 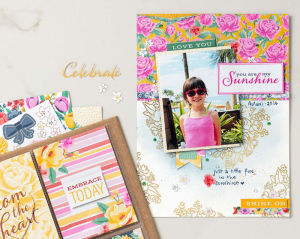 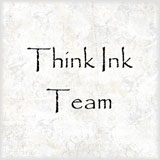 Get an email when my blog is updated

Promote your Page too 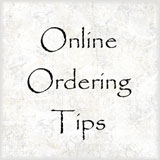 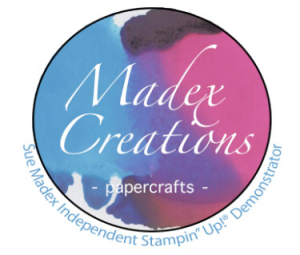